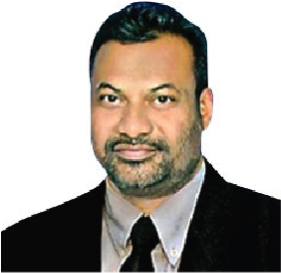 VCL Constructions Ltd. was established by Mr. Varinder Kumar Garg in the year 1984.

Mr. Varinder started his journey 35 years back as a trainee under an established construction organization. A man of vision, he set his goals high. Working with great acumen, he assessed the industry needs and gave shape to his aspirations by registering his contractorship firm – Varindera Constructions Ltd. with MES in the year 1984.

Since then, there has been no turning back. Under Mr. Varinder’s effective management as a chairman, the firm quickly progressed from an E-class contractor to the highest Super Special class contractor in 1995.

This was just the beginning of Mr. Varinder’s true mettle to show up. He was the youngest person to be elected as the President of MES Builder Association of India in the year 2006.

His leadership and core presence have been the leading light for the company. Under his guidance, the company substantially grew in business volume and revenue. The growth curve has risen even during the last five years, which was presumably the dry phase in the construction and infrastructure sector.

Today, VCL constructions is a PAN INDIA establishment and also entails high-value international contracts in its kitty. With the strength of his meta-skills, Mr. Varinder takes up all the strategic decisions of the company like that of expansion and diversification. Over the years, the VCL branched out into new domains of working, transforming itself into a big conglomerate.

Mr. Varinder has been a powerful source of inspiration during all peaks and troughs. He is a proactive leader with a result-driven pragmatic approach. An adept in formulating the key strategies for future growth, client relationship management, and liaising with senior-level management of government organizations/ clients, he plays a leading role in the functioning of VCL and other undertakings. An efficient team of directors work with him.

A proficient leader with an experience of 24 years in the domain of Administration, she has been actively leading the company in Corporate Social Responsibility. She ardently participates in the board meetings and offers valuable insights for policymaking and other discerning decisions.

She holds a B.Com (H) degree from the Venketeswar College, New Delhi She is also a qualified Chartered Accountant and has worked in Ernst & Young Global Limited, United Kingdom for 2 years. She competently handles all the functions of the department that include preparing forecasts and budgets, developing accounting policies and financial strategies, etc.

Since 7 Years. A young and high-spirited individual, Mr. Vivek completed the B.E. (Civil) from Amity University, Noida in 2012. He also holds a valuable degree in Construction Management from England. He is actively involved in the organization with the policy formulation, planning & procurement (material, equipment, and machinery) departments. He monitors the company projects, visits construction sites and renders valuable advice in important policy decisions.

She has been working since 3 Years and possess hands-on experience of 7 years in the business domain. She is a dynamic professional holding qualification in B.Tech (Computer Science) and M.B.A. (International Business & Finance). She adeptly carries out functions like exploring the market for new business opportunities and profitable ventures, tendering & amp; estimation, overseeing internal process executions and maximizing the performance of the company in various operations.

For more than 23 years. Possessing a rich experience of independently managing the execution of high-value projects in India and abroad, Mr. Baljeet has performed a prominent role in the accelerated growth of the company. He proficiently manages the company operations and maintains an amicable relationship with our clientele.