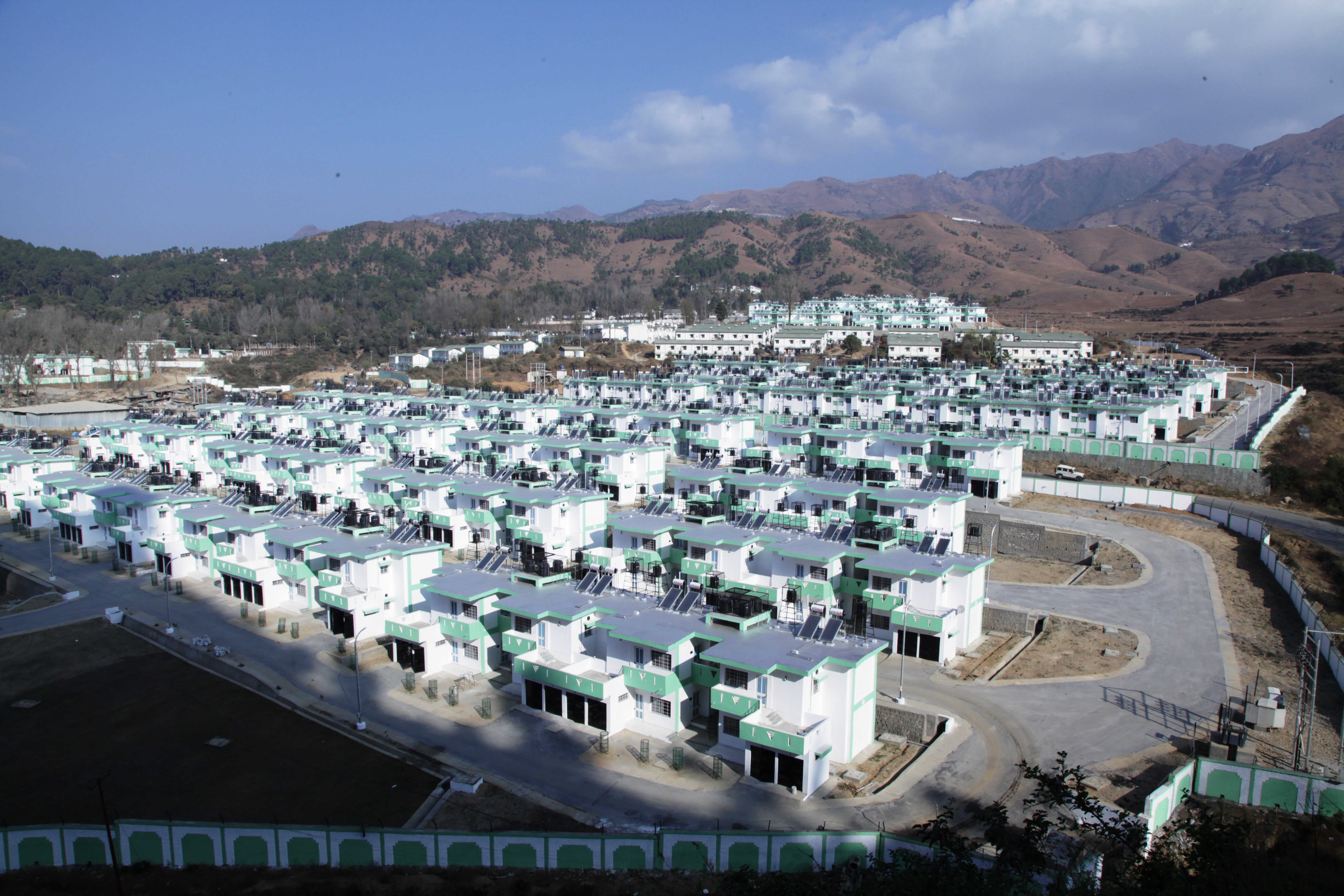 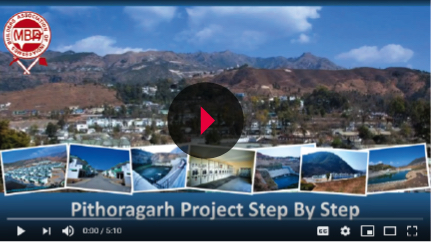 As such the requirement of RCC retaining was considered mandatory. The contract authority Chief Engineer Bareilly Zone taken quite good time for study and examining of this. After elapse of long period it was decided to build RCC wall for height exceeding 6.00m and thereafter drawings were finalized and made available for provision of RCC retaining wall. But now CE Bareilly zone has decided that these will be constructed under a separate contract. Our work already suffered for long time and shall also further suffer on account of non construction of retaining wall as we cannot further progress the building work and external services on the blocks where RCC retaining wall is required to be built up of height beyond 6.00m. This is also one of major factor for delay in the progress of work. 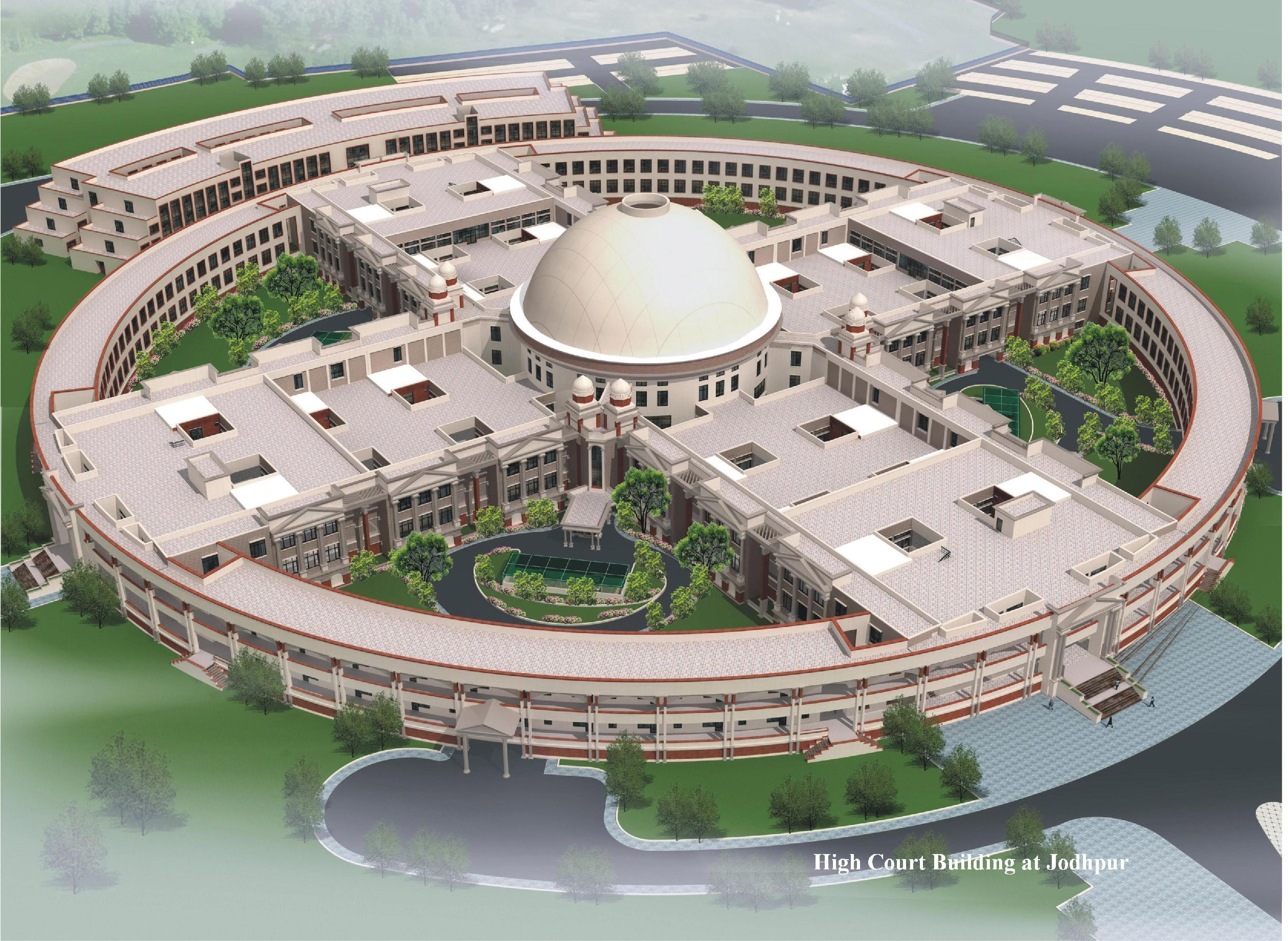 The client was having desire to provide initially, 12mm thick transparent perplex sheets on MS frame instead of RCC dome, but subsequently on the insistence of advisory committee of High Court building & also keeping in view better aesthetic look and heritage nature of building the client finally decided to provide RCC Dome. But RCC dome decision was conveyed at the fag end and after near completion of other RCC works. Even structural design/ drawings were provided by RSRDCC to us after elapse of 3- 4 months of decision so arrived. Keeping in view live and dead load of Dome structure, shuttering was specially got designed by structural designer of MBM college Jodhpur and as per his advice, we procured and fabricated cup lock and ledger from soffit of Dome slab to sub base of ground floor specially for this work.

As named 'SUNCITY' Jodhpur becomes too hot and stormy from April to July every year. It was herculean task for us to retain workers and persuade them to work at such a height, being continuous flow of hot and stormy weather. Thus Cup lock and ledgers including each lMT bars were covered with wet hessian cloth before placing at desired place. As there was no access for mobilisation of transport and machinery, nearby dome area, we were forced to work manually and' thus concrete pump was located outside the periphery of main bldg and concrete was placed by laying approximately 200 meter long pipe line. Again, as it was not feasible to place concrete directly at dome, 3 number of plate forms were made and double shuttering (soffit as well as top of dome slab) was provided to avoid segregation of concrete during casting. Seeing the hoop stress dome was casted in 1200mm of strip of circular periphery of slab. To avoid any misshaping temporary ‘ railing of MS pipe was made throughout the shoulder.

All the Lift area (8 no) was fully covered with the safety nets. With the adoption of all these techniques and devotion towards work the task was accomplished as per design and specifications without single incident of accident / mishap and no breach of legal law. 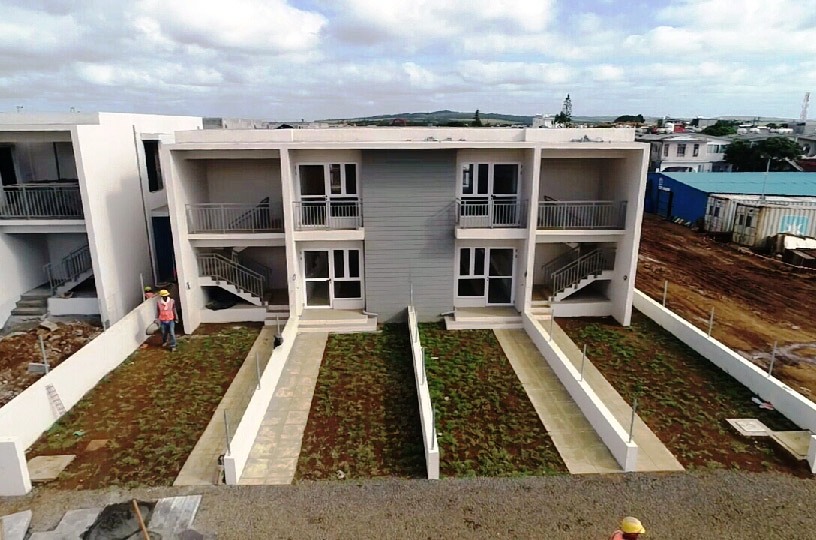